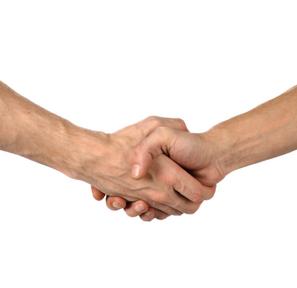 Mediation is a process to encourage settlement of a case.
It is NOT a binding decision from a judge.  However, if there is a settlement, the settlement agreement is binding on everyone.

Mediation is usually ordered by the court in Superior Court cases (those alleging that over $25,000 is in dispute).  Sometimes the parties will submit to a voluntary mediation in smaller cases that they believe will benefit by a frank discussion of the issues.
The key question at mediation is “What will both sides accept to settle this case and move on.”  This is often called “the value” of the case.  For instance, the Plaintiff may have a claim they believe is worth $30,000.00 if he hits a “home run” at trial and gets all that he is asking for.  To get to trial, it may cost (in hourly fees or contingency) $10,000.00.  So, the best net result would be $20,000.00 in the plaintiff’s pocket.  But, let’s say the chances of a “home-run” are only about 50% and there is a 50% chance of recovering nothing.  That cuts the value to only $10,000.00 (or much less if the plaintiff’s attorney is paid hourly no matter the result).  So, the plaintiff should seriously consider settling the case at $10,000.00 despite the chance that he could possible recover much more at trial.  The same is true for the defendant.  Obviously the most crucial (and most difficult to determine) part of this equation are the odds of recovery.  Often mediation will help both sides evaluate their odds of winning or losing.
Many mediators will say “A good settlement is one where both sides walk away equally unhappy.”  There is some truth to that, because most defendants don’t want to pay anything and most plaintiffs want to recover everything they are entitled to.  However, most plaintiffs should be content if they recover something when they have a chance at winning nothing.  Also, most defendants should be satisfied that they have dodged a bullet if they pay less than what they could be forced to pay after trial.  Plus, if there is a settlement, both sides get to move on with their lives and quit worrying about the litigation.  There is a huge value to that alone.

Parties should voluntarily enter into mediation at any time they feel that their best alternative to negotation is a bad deal for everyone.  Bill Morgan Law serves as a certified mediator by the North Carolina Dispute Resolution Commission.

Who will be there?

All parties to the case (or in the case of insurance companies, their claims representatives)
All attorneys
The mediator
Note that unlike a deposition, there is nobody taking down what you say.  There is no written record of mediation, unless a settlement is reached at the end of the day.

Who is the mediator?

The mediator is usually an attorney, and often a former judge, who has either been agreed upon by the parties or appointed by the court randomly.  Mediators must take courses and become certified to mediate cases in Superior Court.
The mediator usually knows nothing about the case before the mediation.  Sometimes he or she will have the complaint and answer to review, but more often than not, the mediator comes to the mediation “from scratch.”

What does the mediator do?

The mediator is NOT a judge and will not decide the case like a judge, jury, magistrate, or arbitrator.
The mediator is NOT a negotiator for either side.
The mediator is best described as a facilitator—someone who helps the parties see the strengths and weaknesses of both sides of the case as well as the risks and potential payoffs of going to trial.
Often the mediator will not offer an opinion on the case itself, but may ask questions, highlight facts, and present hypothetical situations that assist the parties in valuing their cases.

How does it work?

The mediator will meet with all of the parties to start out and he or she will explain what mediation is—repeating much of what you are reading here.  At the conclusion of the mediator’s opening, both sides will have an opportunity to present a brief summary of the case.  There will definitely be some things that you disagree with in the other side’s summation of the case, but don’t worry—I’ll be saying some things they disagree with as well.The opening is not really meant to be an argument like you would argue before a judge or jury.  Sometimes these openings can be a bit heated, but usually not.  Remember, we aren’t at a mediation to convince someone that they are wrong—although that can sometimes happen—but we are there to find out as much as we can about the value of the case to both sides.
Note that during the opening session, I will probably talk directly at times to the other party—not just their attorney but to them directly.  It is one of the few times that I can do this other than trial or deposition.  Do not be surprised if the other attorney talks directly to you and don’t let it intimidate you.  Do not respond verbally or physically to anything that they are saying to you.  If the attorney is particularly aggressive they may talk directly to you to bait you into a reaction.  Don’t get them the satisfaction.
After the opening session, the parties will go to separate rooms and the mediator will meet with one party—usually the plaintiff—to get more details and an opening demand, if one hasn’t already been made.
Then the mediator will convey this offer of settlement to the other side separately and get some details of the case with this side.
The mediator will then go back and forth with offers and demands as well as questions, suggested issues to think about, and other ideas for settlement. Hopefully, the end result will be a settlement that everyone can live with.  Neither side will be completely thrilled with the final outcome, but that is why it is called “settling” a case.
We are not required to settle a case—only to show up.

How long will it take?

The simple answer is that it takes as long as it takes—either to settle the case or realize that it won’t settle.
Most mediations last at least at least three hours.  Often the parties will be very far apart when the mediation begins and it takes some time to reach a settlement.  Often when you think that you are close to reaching an agreement, some little detail takes a long time to resolve—such as payment terms or deadlines.
Don’t try to read anything into how long the mediator spends with either side.  Sometimes the other side may just be more talkative.  Sometimes the mediator or the opposing attorney has more work to do to help change the value one side is placing on the case.  Sometimes one side has a very cut-and-dry approach to the numbers they are putting forward and therefore they don’t feel the need to spend much time discussing the merits of the case.
It will take longer, cost more, and not necessarily be effective if you spend a lot of time trying to convince the mediator about how right you are.  It is best if we stick to the key issues of the case and see if the other side has any opposing facts or law that convinces me or you to change the value of the case.

How much does it cost?

Second to trial, mediation can be the most expensive cost of litigation.  You are paying the mediator half of his or her fee in addition to any hourly fee that I charge.
The mediator charges a onetime administrative fee (of $150 or so) and then charges by the hour ($150-200 per hour) for the mediation.  The mediator fees are split by the parties equally.  Sometimes, as part of the settlement, the parties will agree that one party bear the entire costs of the mediation, but this only happens by agreement.  Unless the other side agrees to pay our share of the mediation expenses,you must pay your entire share of the mediation at the end of the day.
Note that in addition to the mediator’s fee, you are also responsible for my hourly fee (unless we are under a separate written contingency agreement).

What should I expect?

Can we use any offers of settlement against each other later?

No.  Offers of settlement, even at a mediation, are inadmissible in court.  Therefore, we are not able to get up at trial and say “But you offered to settle this case for X dollars back at mediation!”

Is what I say confidential?

The mediator should remind everyone of this at the beginning, but he or she will share anything that anyone says with the other side if it may help with settlement UNLESS we specifically tell the mediator not to share it.  So, be careful of what you say.
But just because the mediator may share something you say during mediation, that does not make it admissible in court later on if the matter goes to trial.

What happens at the end?

What if we do reach a settlement?

The parties will all sign a settlement agreement the day of mediation.  Sometimes a more formal agreement will be signed later, but any document signed by the parties on the day of mediation is a legal and binding document that can be upheld against either party.  Do not sign anything unless you fully understand the terms and consequences of the settlement agreement.
Usually the settlement includes a release of all claims and a dismissal of the lawsuit as well as confidentiality agreements (sometimes incorrectly called “gag orders”) and non-disparagement clauses (agreements not to talk bad about the other side).  This is very important to keep in mind, because both the leverage and accompanying risks of litigation go away if we reach a settlement.  Losing the risk is good, but losing the leverage may not be.  However, if we have claims that we agree to dismiss, that means that we will not ever be able to sue on those claims again.

What if we don’t reach a settlement?

That doesn’t mean that the case won’t ever settle—just that it didn’t settle that day.
The case will then proceed as it was, with further discovery if needed and eventually a trial if the matter is not settled or dismissed in some other way.